Brendan
January 2008 edited January 2008 in Actual Play
Eric ran the latest edition of RBH (possibly for the first time?) for Lisa, Andy and me yesterday afternoon. I think he's doing up a more detailed AP soon, but at one point we found ourselves infiltrating the island fort of a robber baron called Ignatio. He later turned out to be an omnisexual, demonic robber baron with a very large axe. This is how Eric described that reveal when Lisa's Fox started the fight:

That was one of my favorite moments in the game, along with the part right afterwards where I attempted to trap said axe and ended up being used as a human flail.

Here's my hazy recollection of the arena map: 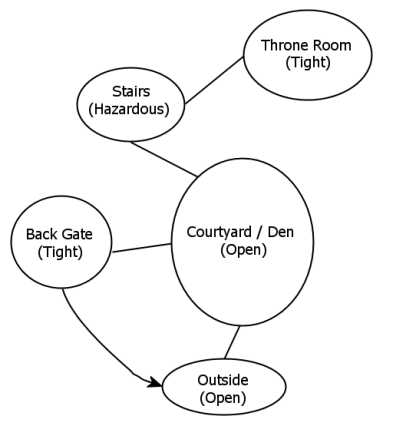