Saturday in Manhattan and Sunday in Brooklyn.

We're expecting at least 30 people (possibly many, many more). And if these launch parties go well, one retailer is interested in starting a D&D Encounter like program but using Marvel Events! 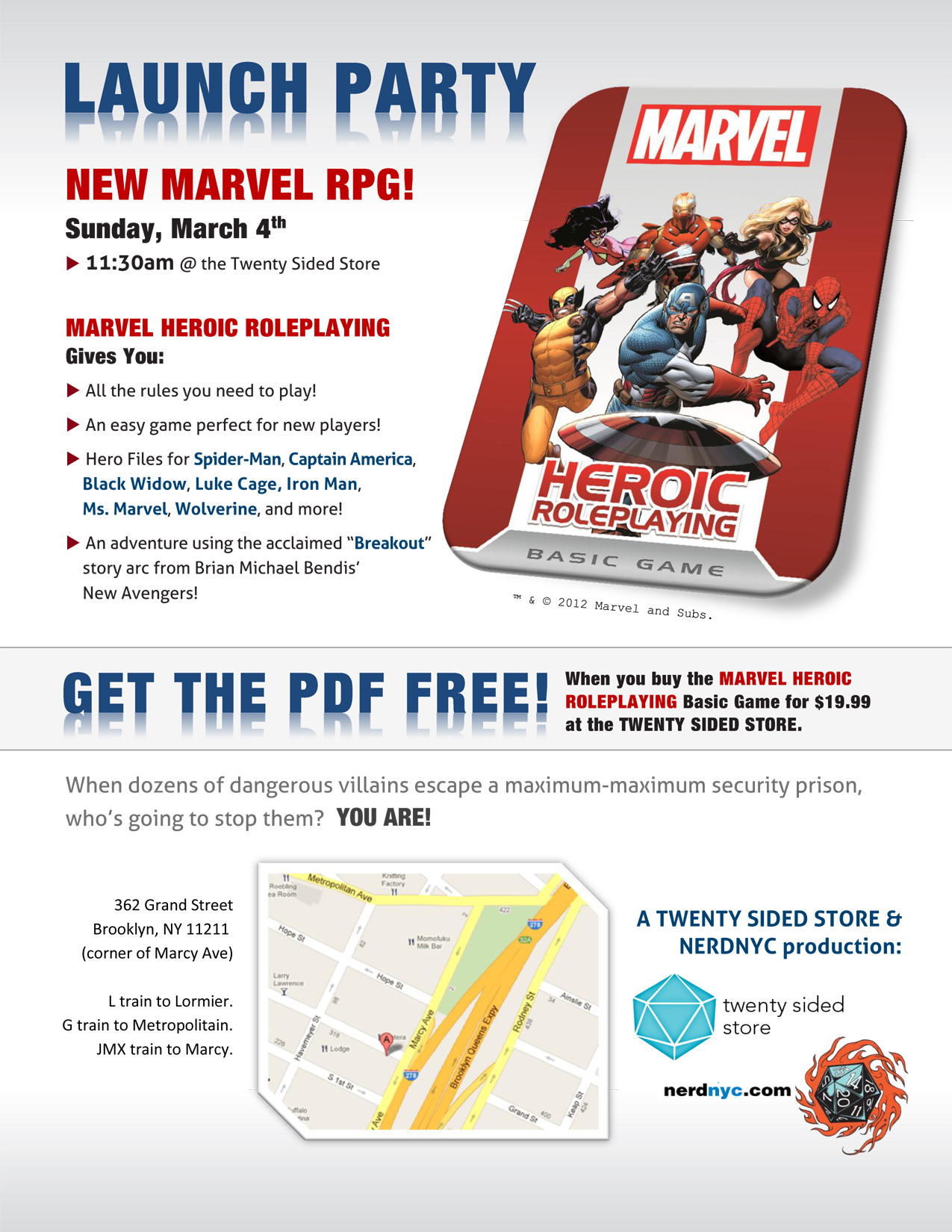 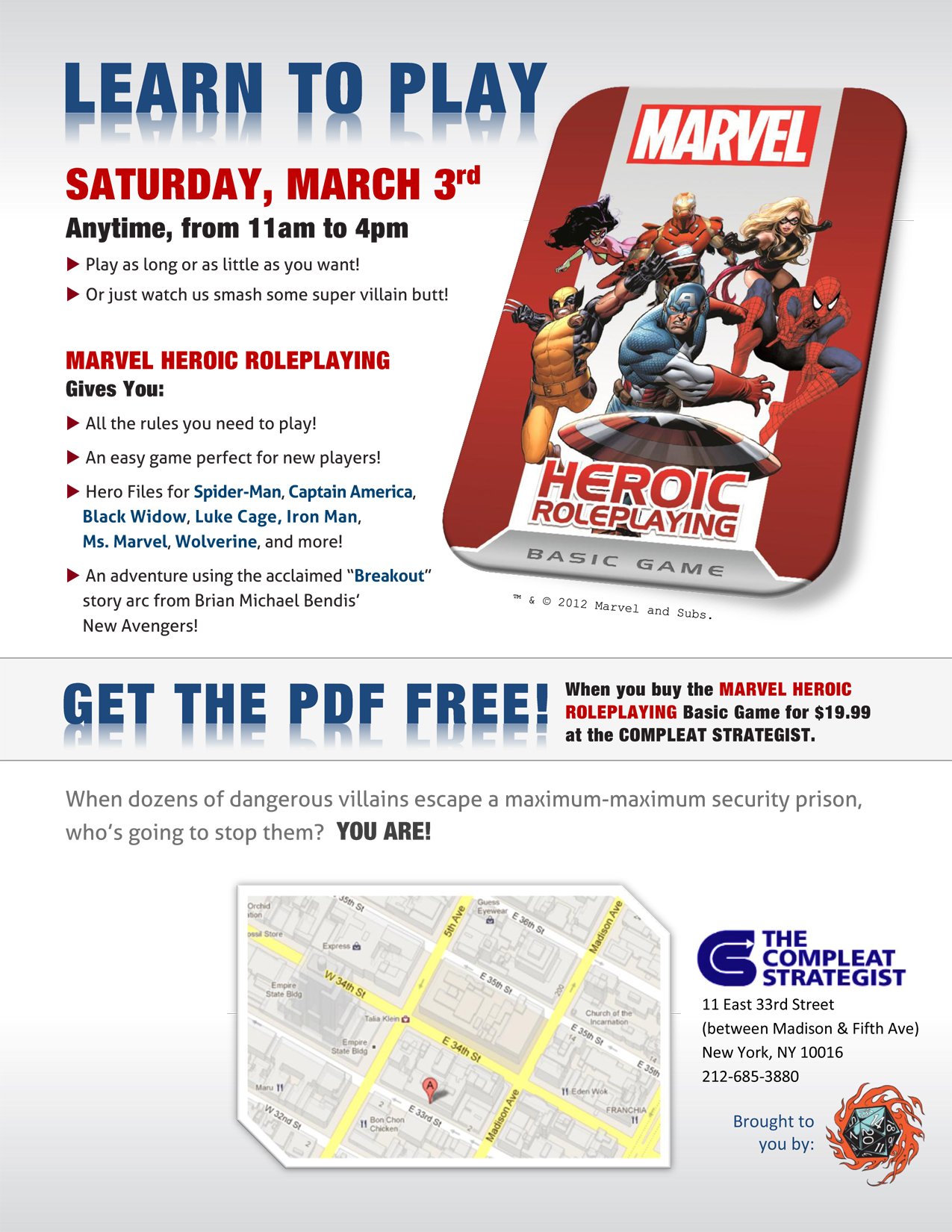 Cheat Sheets:
I've trained 7 friends to GM Marvel and in the process created 4 cheat sheets to help them run their events. I've included 2 of them, the Hero and Watcher Cheat Sheets below (the other 2 include too much content from the books that I don't want to share unless people have purchased the game): 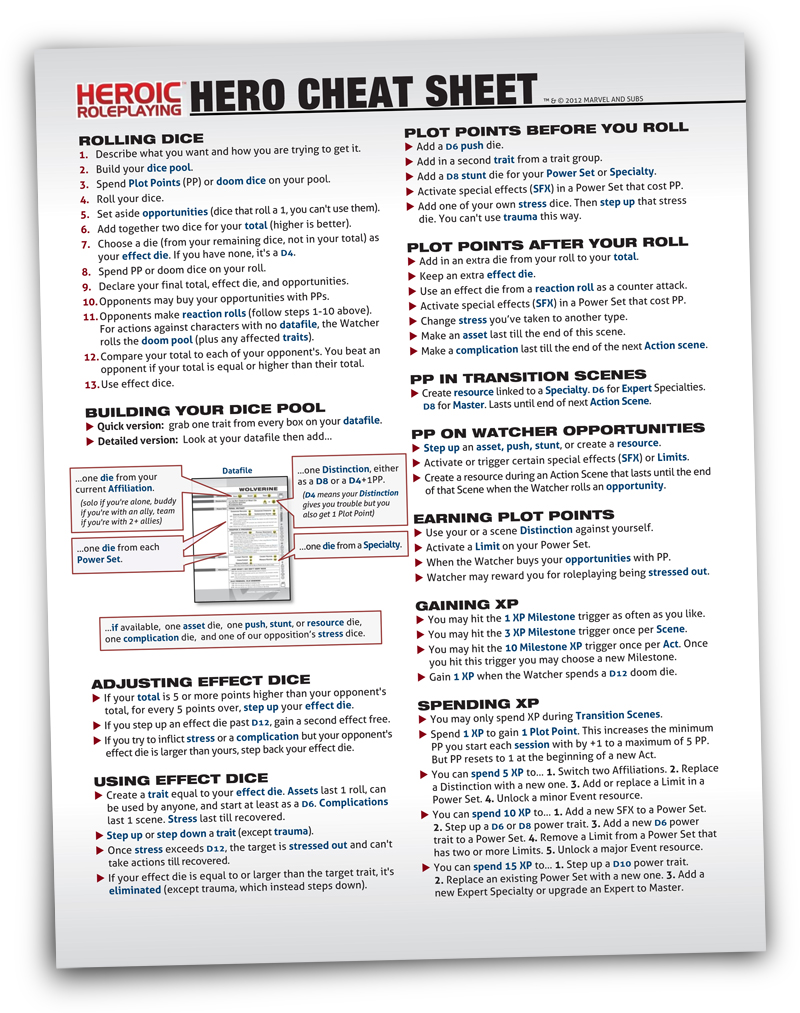 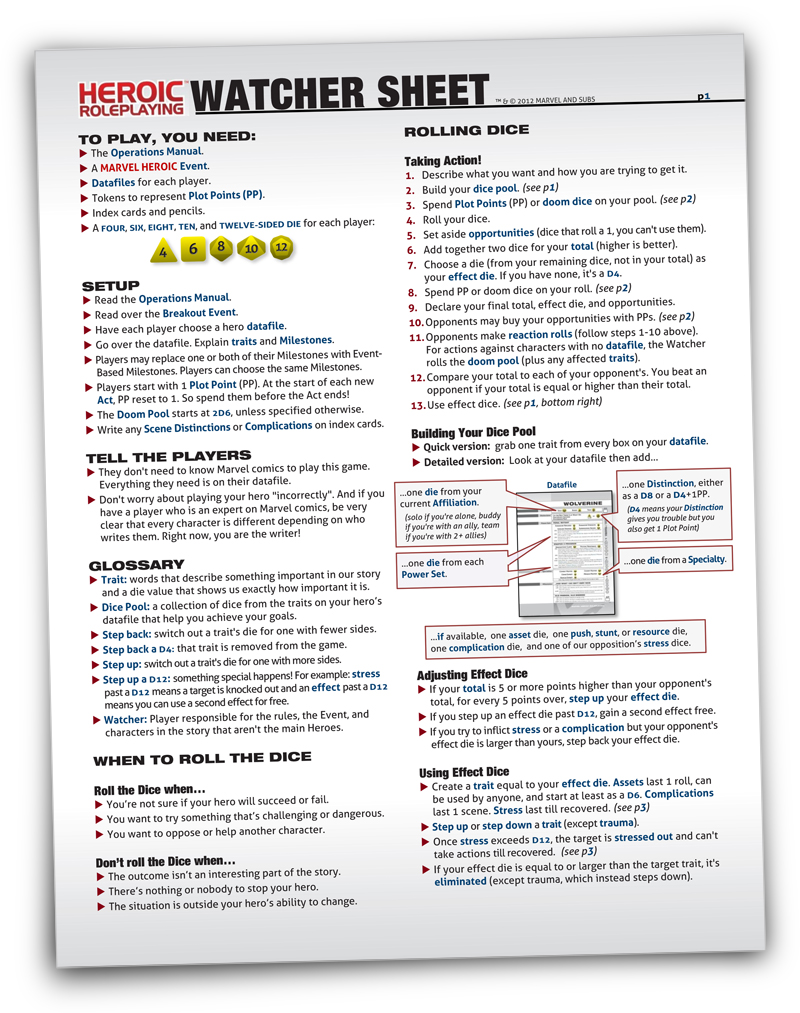