Thomas_Munier
October 2018 in Actual Play
INFLORENZA RPG ACTUAL PLAY #5 : CALIGULA
May they hate me, as long as they fear me. Absurd tragedy on Lunar Roman Empire.

{{{ We still look for people to join the actual play's team for one or several one-shots. Please check and fill in those polls :
euro evenings poll
euro afternoons poll}}} 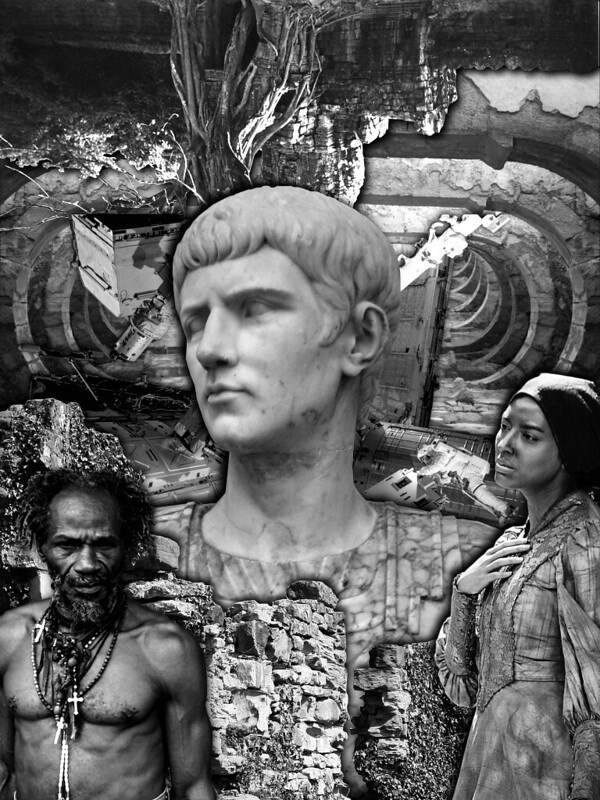 Inflorenza is a french RPG where you play heroes, bastards and martyrs in the forest hell of Milesvale (english translation in progress)

It deals with horror and beauty, sacrifice, power and suffering, and forest. Forest everywhere. Inflorenza is the game to live in hell, to fight for your soul and to die of love.

Caligula and the old canvas bag is a theater from the Inflorenza book, written by Arjuna Khan.

This theater pays homage to the play Caligula by Albert Camus and offers to reuse some of its themes like the absurd, incest, the feeling of injustice or even love. It takes place on a sanitized lunar colony which has became a new Roman Empire. His Caesar, Caligula tried to find her beloved sister Drusilla who flought to the forest hell of Milesvale. After long months without any news, Caligula comes back without a protection suit and with a heavy canvas bag on his back. Behind his calm attitude, Caligula is absolutely furious and the spark of madness that has lighted in him will lead him to answer with an even greater absurdity to any feeling of injustice he might see or suffer from.

Marc and Selene are born-french speakers but their english is fluently. Mine is unfortunately far from perfect, i thank you for you leniency

This actual play is in public domain.